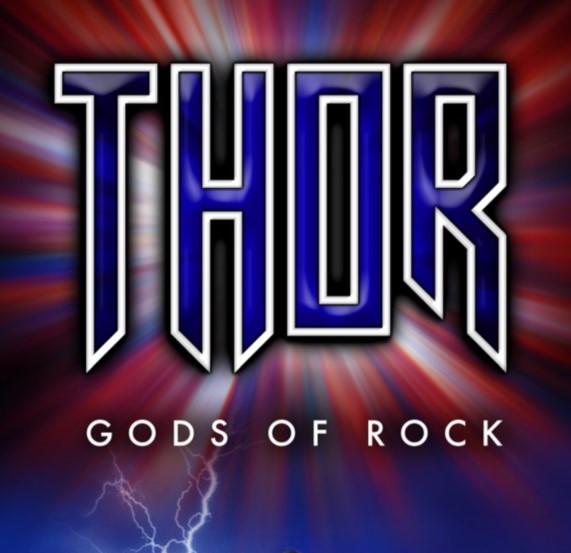 From the home of Human League, Arctic Monkeys, Pulp and Def Leppard come THOR-GODS OF ROCK!!!!

With a line up of Joe Tulley on drums, Scott Jordan on bass, former keyboard player for Chubby Brown, James Tulley, John Hardman on guitar having played throughout Europe with various bands, all fronted by the vocal power of the personification of Thor himself, Lee Dodge, this band have been taking the North of England by storm. Thor-Gods Of Rock are no ordinary band.

Originating from Sheffield, Thor-Gods Of Rock formed in February 2014, in the same way as all of the great bands…in a pub, over a beer. Thor-Gods Of Rock bring an arena show to the local venues of the North of England.

You can forget the run of the mill, jeans and black tee shirt performances. Thor-Gods Of Rock give a high octane, high energy show, complete with capes, costumes and pyrotechnics! These guys will be on the stage, in the crowd, NOWHERE is out of bounds with Thor-Gods Of Rock.